Christia Dharmawan is the managing director of Focus Production in Indonesia, being one of the largest audiovisual rental companies in the country who has been established for over 30 years in the entertainment industry. Christia is based in the beautiful island of Bali and has almost a decade of experience running this family business in the events industry. She has been trusted to support numerous large scale and important projects such as APEC, Forbes CEO conferences, Miss World 2013, Global Youth Forum by United Nations and many more. She has also been trusted to work in concerts and festivals with Snoop Dogg, Foster the People, K-pop BTS, and many more. Christia is a truly passionate and genuine individual always go the extra mile in all her work. She has been exposed to many important clients from all over the world, developing her into a highly intuitive professional in an international level. Christia is certified in Executive Leadership from Cornell University. She also holds a Bachelor in Psychology from James Cook University.

Currently co-owner of two companies in Macau - smallWORLD Experience and DOC DMC Macau - Hong Kong. Bruno lived in Macau from 1993 until 2000 and now since 2008. Bruno has worked with literally hundreds of events from different perspectives. First for Macau Government as an organizer, then in a large Corporate Travel Management Company (in his home country Portugal) both as organizer and client and finally as a service provider in his own companies in Macau. He’s passionate about innovation, marketing, customer service, and of course, travel! He is a CMP (Certified Meeting Professional), CIS (Certified Incentive Specialist), has a degree in Business Administration (1993) and an MBA in Strategic Marketing (1998). He is also a board member of China Chapter of SITE (Society for Incentive Travel Excellence), President of MISE (Macau Meetings, Incentives and Special Events Association) and board member of SKAL International Macau (Travel Professionals Organization).

A bilingual International Performing Entertainer & Emcee, TV Host, Speaker and Recording Artist, who speaks fluent English and Bahasa Malaysia. Renown for the craft of his trade in the Corporate Events arena, Alvin has serviced brands across various industries globally, presenting events in many of the world’s iconic cities, such as Paris (France), Dubai (United Arab Emirate), Osaka (Japan), Seoul (Korea) and Bangkok (Thailand). As an accomplished presenter, awards host and broadcaster, Alvin has presented Live Shows and Live Events around the globe. Over the past decade, thousands have been entertained by his warmth, charisma and infectious energy. Allowing his passion to pave the way for his journey, Alvin also dabbles as an Actor, Radio Announcer, Model, TVC and Voice-over talent. In his personal life, Alvin is an avid fitness enthusiast whose lifestyle and social media presence inspires thousands of people daily.

This educational talk is co-organised by ILEA HK (International Live Events Association, Hong Kong Chapter) and HKU SPACE. Global event industry is facing tough times due to the COVID-19, there are widespread cancellation and postponement of events and many event practitioners are struggling to deal with both short and long-term decisions when confronting uncertainties for the future.

The three speakers will discuss the impacts and implications of COVID-19 outbreak to the MICE (Meetings, Incentive Travel, Convention and Exhibition) industry.  In the seminar, they will share with us their insights on the following questions:

1. What are the impacts of COVID-19 to your country, business area and company?  What happened and what is going to happen next? 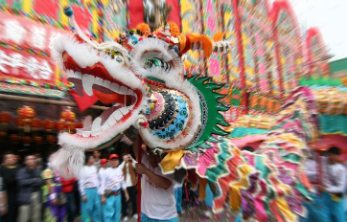 Are there any similar approaches adopted by your city?

3. What is your view on the new changes to the industry? How will you deal with the changes?

The whole seminar will be conducted online via Zoom, and if you are interested, please register and we will send you the Zoom link before the seminar.

The School may make available related programme information material at the seminar.
The School reserves the right to alter or modify the schedule of the event if necessary or expedient.