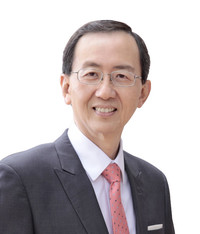 Prior to joining HKU SPACE in July 2015, Professor Lee was the Executive Director of the Hong Kong Council for Accreditation of Academic and Vocational Qualifications (HKCAAVQ) from 2013 to 2015; and the Associate Vice-President (Academic Affairs) and Registrar overseeing the work of the Registry, academic developments, development of the Core Curriculum/General Education, Internationalization and 334 academic reforms at Lingnan University (2006-2013).

Professor Lee has substantial experience in tertiary administration and is actively involved in quality assurance development of higher education in Hong Kong.  He has served on various university and public committees.  He was the convener for the subcommittee on internationalization under the Heads of Universities Committee (HUCOM) in 2006-2007.  Professor Lee was a member of the Joint University Programmes Admissions System (JUPAS) Management Board; JUPAS Operation; and Liaison Group on “334” interface Issues with the Education Bureau, Hong Kong Special Administrative Region Government.  In 2007, Professor Lee was appointed member of the Appeal Board established under the Accreditation of Academic and Vocational Qualification Ordinance.  In the same year, he was appointed Auditor for the first cycle of Quality Assurance Audit under the Quality Assurance Council of the University Grants Committee.

His research interests include economic and social development, ethnic and gender studies, social security, social gerontology, and poverty.  Professor Lee has presented his work in many international conferences and has addressed a wide range of audiences. He has authored/co-authored over 60 academic papers and has published in international and regional journals.